It’s time to show you the third digitally processed photo of the One Four Challenge hosted by Australia’s Robyn Gosby on her Captivate Me blog.

First, when I look at others’ blogs I like seeing the progressions, so here’s what I’ve done leading up to today’s pic.

When I woke up at 4AM this was not the one I had ready, but I decided I needed to try again before posting, so….today’s a two for one, as I couldn’t decide between the 2 crops or the color saturation levels. Perhaps some of you have a preference clearer than my own. 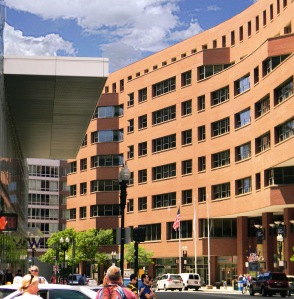 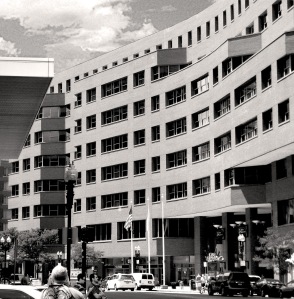 I went back to Week 2 without the crop and removed the sky that was there along with the building in the upper portion as suggested by Ben Rowe. I recreated a new sky and painted a small section that was whited out.

I Iayered the two images and adjusted the darks and lights in different areas with the curves function of PS, increase gamma and offset lightly while increasing exposure just a bit and gained a much clearer image. After tweaking the colors (also as Ben suggested) I was done…well…

I wanted to see it in greyscale so I removed the color saturation. Funny thing, in this version there was an apparent difference between the sky and the rest of the picture so I overwrote it with a sepia tone and that appeared just fine to my eye..more unified.

In this mode, I was also not liking the crop so much so I got a little more aggressive with the cropping.  Four hours later…done!

I’m somewhat surprised that, at this point in the challenge, I have no radically different images as I’m ordinarily inclined to do.  (Nor that I haven’t done them – I couldn’t help myself, but I didn’t include them here.) Why? Because what I’ve learned most of all is that there’s much more to do in the first stages of editing than I thought about before.  I’m learning from all of you and I love it!

Thanks Robyn for providing us with the opportunity and to all the players who have been participating and sharing all your knowledge and techniques!