While waiting for the logs to do their magic…

So many hot irons in the fire sometimes it’s a wonder I don’t ignite! Good thing I’m a persistent B…though.  First my cell phone camera kept telling me it failed and would not take another picture.  So, I went into the house and got my camera.  Took a few shots and that battery died.  I keep a second battery charged up, though, so I went in the house and got that.  Whew!  Took the rest of the pics I wanted.  Now, I thought sure that I brought my camera in with me but nooooo….I had to put all the lights on outside again and walk through the very wet grass to get it!  It’s just my mind I’m losing!

That logwood gets me every time! I remembered to keep the temperature under 180 and to keep any iron out of the mix but I still got brown instead of purple. I sifted through all my notes until I finally found it!  I dipped it in some washing soda to test it out and viola! 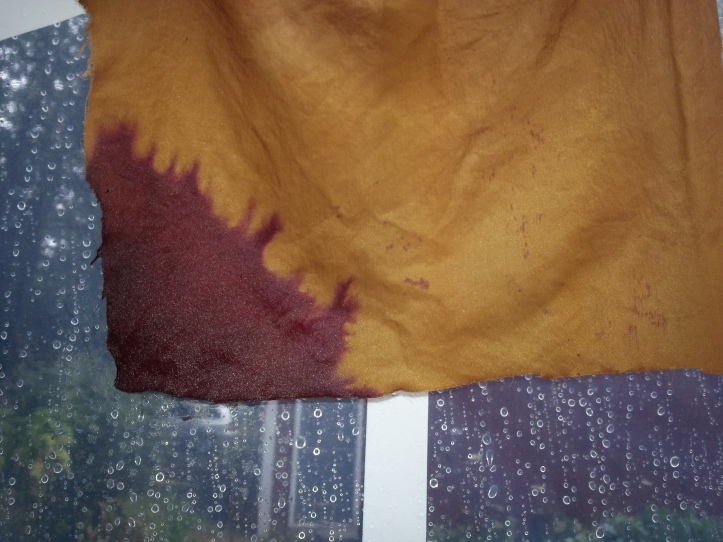 It’s a little more red than purple but at least it’s not brown! meanwhile, I tested my water and I think it read 14 – high Ph level but I’m honestly not sure how to interpret this reading. 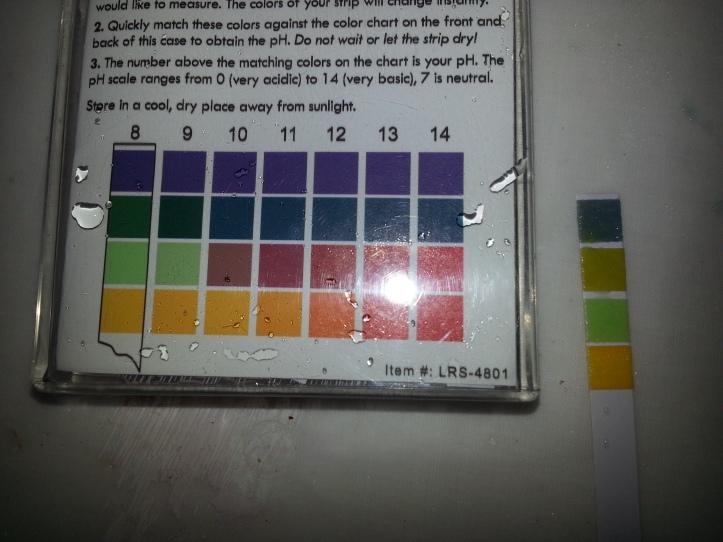 Nevertheless, it began to rain cats and dogs, so always hopeful,  I collected a lot of water to try again tomorrow!

Had better luck with a test run of some other colors, though. 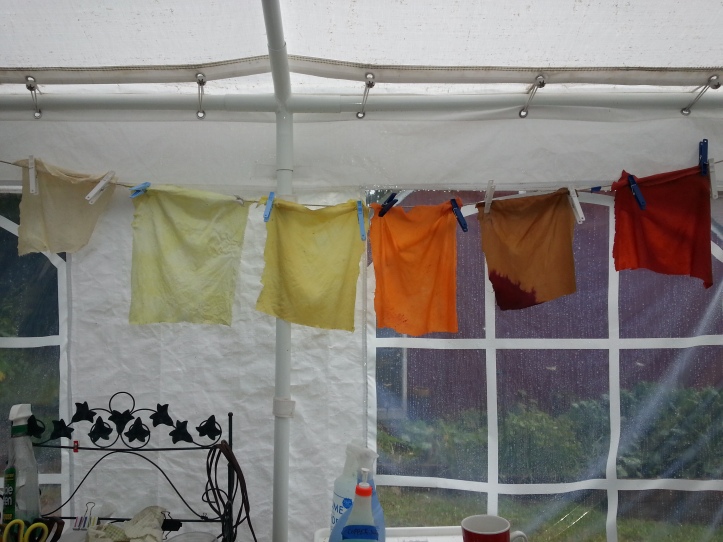 These were just some quick and dirty tests, all on silk, simply dipped in vinegar water. Left to right: Looks white but it’s tomato leaves with mint and it was a light green when dunked but a dirty white when dry. Nix that one. Next is goldenrod; then orange osage with a little tumeric; madder; that pesky logwood; and lac – wow that was strong in a flash! Just enough to wet my whistle before a more serious dyeing session.